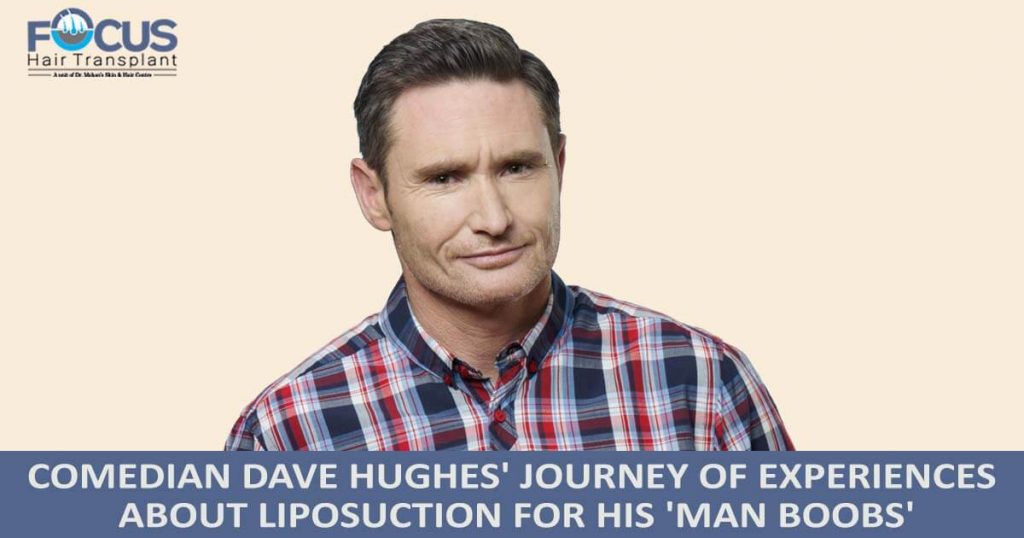 Liposuction is the revolutionary and widely accepted procedure for the removal of unwanted and stubborn fat from the body and even it is the beneficial treatment for body contouring. Liposuction is the popular procedure worldwide so even the superstars are not left deprived of its shadow; recently famous comedian Dave Hughesy had this procedure for his enlarged breasts.

Recently famous Comedian illustrated about his Gynecomastia issue and its treatment. He revealed that he was suffering from the problem of man boobs since last one year and he confronted that it was the really embarrassing condition for him as he used to feel shy and even hesitate to face his friends and relatives due to his problem. So he decided to get the fair treatment of his man boobs problem.

When he consulted the cosmetic surgeon and discussed his problem then he was advised for the liposuction procedure to get the desired masculine shape of his breasts.

The doctor suggested him liposuction for the Gynecomastia condition as according to doctor Dave was having the unwanted deposit of fat cells beneath the breasts nipple and which can be contoured with the liposuction.

Hughesy’s experiences about his man boobs and its treatment

Hughesy revealed that he was disappointed and embarrassed due to his body condition. He explained that when he put photos on Instagram then he used to get man boob comments from his fans and friends and the comments used to be quite hurtful and even he revealed that his seven-year-old daughter also pointed him out for his man boobs and even he recalled the reaction of his daughter.

Hughesy explained: ‘When I do put photos up on Instagram, depending on the angle and what I’m wearing, I do get man boob comments. And they are hurtful, I won’t deny it’.

After getting teased by his friends and the reaction of his daughter, he decided to get the treatment for his enlarged breasts that appear like female breasts. His doctor recommended him for the tumescent liposuction.

According to the experts, tumescent is the procedure of about an hour and it is the extremely safe procedure that can contour your body as per your real desires.

After the complete physical diagnosis and examination, Dave was suggested to get the liposuction procedure and on a surgical day his surgeon removed the excess fatty deposit from his breasts and he was sent back to home on same day.

He explained that after a few days he got back to his normal routine and now he got wonderful results of shaped breasts that not only boost his self-esteem but also gave him the masculine appearance of breasts.